Vision sensors can be used in a wide variety of applications. This section introduces various examples of vision sensor applications, including checking for O-ring alignment and for presence of instrument panel clips. 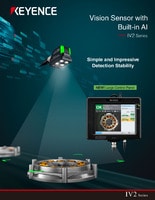 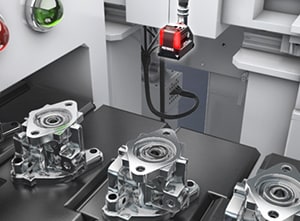 In the automotive component assembly process, vision sensors are used to determine whether O-rings are set in the correct position, allowing for an improved yield rate.
The IV2 Series captures targets in two dimensions so it is capable of ignoring misalignment while the target is moving during detection. Overall assembly can be confirmed because up to 16 locations can be judged simultaneously. 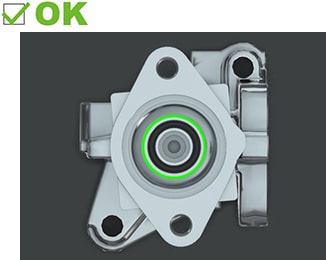 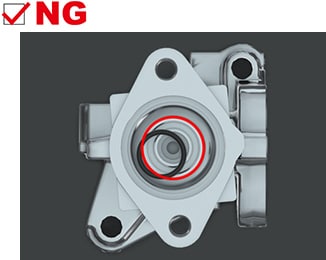 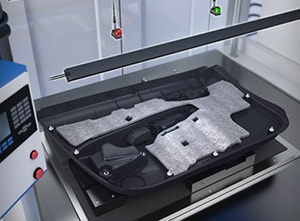 Since the IV2 Series can simultaneously judge up to 16 points within a large field of view of 550 × 412 mm, detection that had to be performed by multiple sensors can now be performed by a single unit. 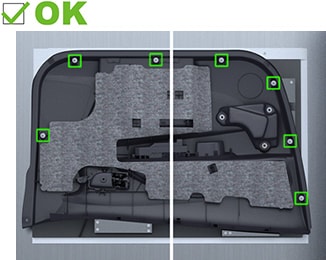 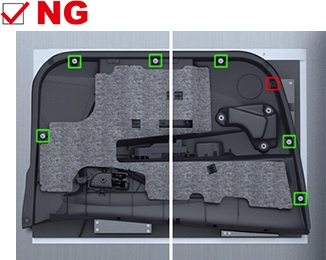