Detection based on “Light”
What is a Camera with a Built-in Laser Sensor?

This section provides a detailed look at image-based laser sensors. What is the difference between a camera with a built-in laser sensor and conventional laser sensors?
Vision sensors and laser sensors have two roles. Download the catalogue to learn about the mechanisms involved and application examples. 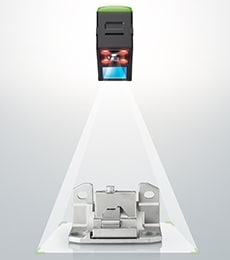 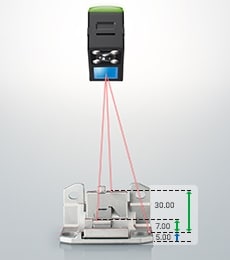 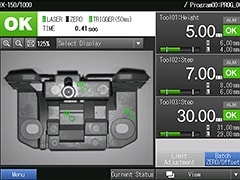 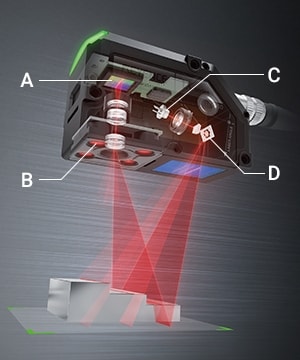 In the drive scan system, the image data and the height information are captured in a single CMOS. The camera captures a photograph of the target object, extracts the outline and corrects the positioning. The laser scans the specified area by means of a MEMS mirror which continuously changes the laser's irradiation angle, allowing for height information to be captured. The 2 sets of data are formed into an image and processed.